On 29th May the English Theatre Group visited our school and presented a play called The Canterville Ghost.
The story is about the Otis family who moves from the United States of America to the Canterville Mansion in England. Right at the beginning the vendor tells the family that the mansion is haunted by the ghost of Simon Canterville, the first owner of Canterville Mansion. The family does not believe in ghosts and moves in.
At midnight the ghost wants to scare the family. The father wakes up because of the noise of the chains and shouts that the family wants to sleep. He also tells the ghost to use some oil for his chains. The ghost feels sad and helpless because he cannot frighten the father.
The next morning Virginia and her mother discover a blood stain in front of the fireplace. They think it is unremovable, but the son uses Pinkerton’s Champion Stain Remover and removes the blood.
In the evening the son has the idea to catch the ghost. So he takes three volunteers from the audience and masks them as ghosts. The volunteers have to make a noise to scare the ghost of Simon Canterville and to catch him. They are successful and the ghost is caught in a chest. But when the father carefully opens the chest, he only finds the cape and some chains.
One day Virginia finds the lonely and sad ghost in the living room. He tells the girl that he did not murder his wife; it was an accident with his shotgun. The brothers of his wife heard it and killed him. Only a person who is friendly and nice will be able to free him. Virginia is such a person. She follows the ghost to the graveyard to free him.
The rest of the family is shocked because Virginia is not at home. When she comes back, she has a chest and a skull with her.
In the end, they bury the body of Simon Canterville and Virginia gets the jewellery from the chest and the family can continue to live in the mansion.
The story is over and the four actors sing a song and say goodbye.

END_OF_DOCUMENT_TOKEN_TO_BE_REPLACED 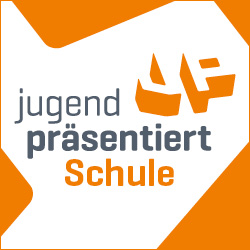